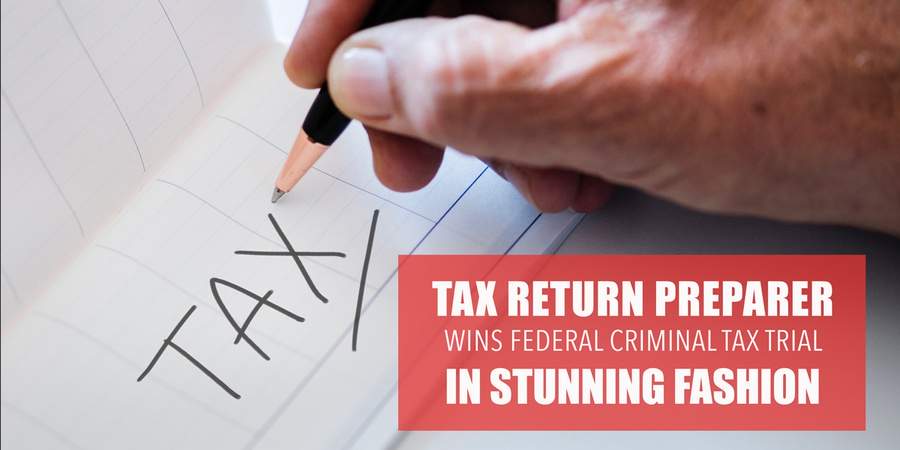 Sergio Gardea an accountant and tax return preparer with offices in Akron and Canton, Ohio prevailed in his federal jury trial in dramatic fashion with an unanimous NOT GUILTY verdict on all counts. Mr. Gardea had been charged with 30 counts of willfully filing false tax returns for clients. During the trial 9 counts were dismissed by the government and the jury found Mr. Gardea NOT GUILTY on all 21 counts remaining.

A taxpayer requested the trial court to instruct the jury that the willful failure to pay a tax is a lesser included offense of the charge of tax evasion. The trial court committed reversible error by refusing the taxpayer's requested instruction.

Tax Offenses Held to be Aggravated Felonies that Support Deportation