Prior to bringing any charges for alleged tax violations the IRS will conduct a thorough investigation. IRS investigations may be done internally or through a grand jury. A grand jury is a group of 16 to 23 members who meet in private and are charged with the task of determining if there is probable cause to believe that a violation of the law has occurred. If at least 16 of the grand jurors agree that a crime has occurred, the grand jury issues an indictment against the defendant which lists the offenses that the defendant is being accused of. Prior to voting, the grand jury, aided by IRS special agents, conduct an investigation. The primary objective of the investigation is to gather evidence.

David M. Garvin, is a Florida Bar certified tax specialist and a two time w.inner (2010 and 2014) of the prestigious Daily Business Review "Most Effective Lawyer" award. This award is based upon courtroom success from a field of approximately 50,000 licensed attorneys. Mr. Garvin has been selected by "Best Lawyers in America" as one of the nation's very best and has been selected by "Super Lawyers" for 12 consecutive years.

Mr. Garvin has an AVVO rating of "Superb" and a Martindale Hubbell rating of "AV" which is the highest rating and has been selected for inclusion in the "Bar Register of Preeminent Lawyers". Mr. Garvin has concentrated on criminal tax defense for over 35 years.

The review will be significantly affected by the evidence presented by the special agents in support of the special agent report. During this period of time your attorney should make a written request to the Criminal Enforcement Regional Chief of the D.O.J. Tax Division for an opportunity to meet before authorization for an indictment is given.

The D.O.J. Tax Division lawyer assigned to review the case will not approve a case for prosecution unless he believes that the evidence presented by the special agent is clear and convincing and proves the taxpayer guilty beyond a reasonable doubt. Your defense attorney is permitted to present evidence and arguments to persuade the D.O.J. Tax Division to decline authorization to seek an indictment.

This gives the IRS a preview of the arguments that the taxpayer may make at trial. It also provides the IRS agents an opportunity to try to address and strengthen areas of perceived weakness in their case. An experienced attorney should know when to hold back his theory of the defense. Often the best IRS criminal investigation attorneys will discuss with the taxpayer the pros and cons of divulging information to the DOJ Tax Division lawyer in an effort to try to persuade him to deny authorization to indict. This is commonly referred to as killling the case.

Kemal Arin built his business from the ground up. His business was closely tied to the tourism industry. When the tragedy of 911 occurred the taxpayer's business was hit hard. Mr. Arin did his best to weather the storm and save the jobs of his employees. Along the way tax issues arose. Mr. Arin became the subject of criminal tax investigation.

Mr. Arin was represented by David M. Garvin. In an unusual move, Mr. Garvin requested a meeting with the Assistant United States Attorney assigned to the case, the Special Agent who conducted the investigation, and Mr. Arin. This was possible because both the AUSA and the Special Agent were determined to be people of integrity. At the meeting, Mr. Arin explained his position. Several weeks later, the government notified Mr. Garvin that it had decided to kill the criminal case.

The Assistant United States Attorney will direct the special agents to gather evidence to present to the grand jury. Ultimately, the AUSA will prepare an indictment for the grand jury to approve and execute that alleges the criminal tax violations charged against the taxpayer based upon the evidence presented to the grand jury during its investigation.

These cases are affected significantly by the evidence that the special agents gather and present to the grand jury. Grand jury proceedings are also influenced by the AUSA assigned to the investigation. Attorneys are not permitted to accompany their respective clients into the grand jury room during the questioning of the witness.

A taxpayer should avoid appearing before a grand jury to testify on his or her case. This may require the invocation of the constitutional rights afforded by the 5th Amendment. The cards are stacked heavily against the taxpayer at this stage of the investigation. An experienced attorney will explain to the taxpayer that appearing alone before a grand jury and a prosecutor is almost never a good idea.

Meeting with the Department of Justice and Common Mistakes

This is a very dangerous point in the case. If taxpayer's counsel reveals information pointing out perceived weaknesses in the government's case but, is unsuccessful in convincing the Department of Justice lawyer to stop the prosecution of the case, the government will take steps to strengthen the weaknesses and will be better prepared for trial. This will make it even more difficult for the taxpayer to prevail at trial.

Even experienced lawyers, who are inexperienced in criminal tax matters, often make mistakes at these meetings that adversely affect the taxpayer's chance to win at trial. Often these errors go unrecognized because neither the lawyer nor his client realize that a mistake has been made. Further, a taxpayer should avoid discussing any matter with an agent or lawyer of the government during the investigation.

Another common mistake made by inexperienced lawyers and accountants during a criminal tax investigation is the filing of amended tax returns. These returns are often not permitted to be introduced into evidence at trial to prove the taxpayer innocent. However, they are often used by the IRS to prove that the tax returns initially filed were false and that a substantial amount of tax was due and owing for the years in issue. This is an essential element of an income tax evasion case under Section 7201 of the Code.

The best criminal tax investigation lawyers know that the damage that can occur from filing amended tax returns during a criminal investigation can be devastating to the taxpayer's chances to prevail at trial. In summary, well meaning criminal lawyers and accountants who are inexperienced in defending criminal income tax cases can inadvertently damage the taxpayer's opportunity to prevail at trial.

Criminal Investigations Should Not be Treated as a Civil Audit

The best lawyers know that criminal investigations should never be treated by the taxpayer or his representatives as a civil audit. It should be remembered that the job of a special agent is to collect evidence in order to indict and convict the target of the investigation. The agents are trained to be friendly to get the taxpayer and witnesses to talk and provide them information they need to make a criminal case. However, they can also quickly become angry and intimidating to get the taxpayer or witness to talk, if they determine that this is necessary to get the job accomplished.

Has Investigation Killed On The Eve Of Trial. 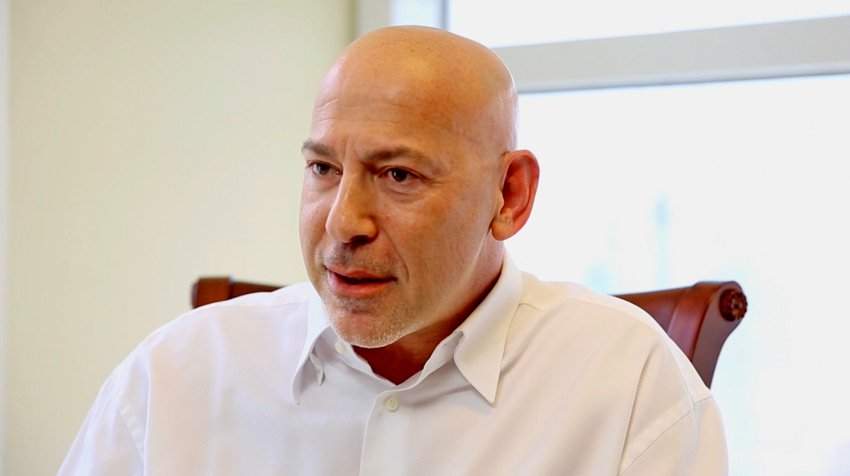 Dr. Ary Krau has a well deserved reputation as being one of the top cosmetic surgeons in the country. Much to his surprise he was the victim of an embezzlement by his office manager. The office manager hid her improper conduct by not properly reporting and paying the taxes of the office. In an unbelievable turn of events, the office manager went to the IRS and falsely reported that the doctor was responsible for the taxes not being properly reported and paid. The IRS made Dr. Krau the target of a criminal investigation.

Tax Fraud Investigations Killed and Referred Back to The Civil Division

Attorney David M. Garvin, has represented numerous taxpayers that were being investigated for tax fraud by the Criminal Investigation Division and upon meeting with the Department of Justice, Tax Division lawyers and/or the Assistant United States Attorney assigned to the case, David M. Garvin was able to get the tax fraud investigation killed and referred back to the civil division of the IRS.  This is a testament to the review system and the integrity of the lawyers assigned by the government to review tax cases.

Representative cases of attorney David M. Garvin that were killed after investigation but before trial are:

Attorney David M. Garvin has also had a number of criminal tax cases that were resolved without a trial by the IRS agreeing to drop all felony charges and bring only a misdemeanor charge.

Yes. Special agents of the IRS are trained that it is easier to get a taxpayer to answer questions if you can catch the taxpayer by surprise. As a result, special agents often visit a taxpayers home or office without an appointment.

Often your banker, business associates and neighbors, who the IRS special agents have interviewed, will call and inform you that the IRS is asking questions about you. In many cases the special agents will come to your home or office without an appointment to try to catch the you off guard and to get you to answer questions before you retain a lawyer. These are some of the most common ways taxpayers learn that they are under investigation.

IRS special agents conduct investigations. The primary purpose of the investigation is to gather evidence that can be used to get and indictment and ultimately a conviction.

Investigations may triggered in a variety of ways. Some of the most common ways are disgruntled employees, divorced spouses, newspaper reports, and civil IRS audits.

Watch These Videos From Some of Our Clients

View a complete gallery of video testimonials on our testimonial page in this website.