Tax fraud defense attorney, David M. Garvin, is a Florida Bar-certified tax specialist and a two-time winner (2010 and 2014) of the prestigious Daily Business Review "Most Effective Lawyer" award. This award is based on courtroom success from a field of approximately 50,000 licensed attorneys. Mr. Garvin has been selected by "Best Lawyers in America" as one of the nation's best and has been selected by "Super Lawyers" for 12 consecutive years.

As a Tax Fraud lawyer for over 35 years, Mr. Garvin has extensive experience handling all of the violations covered by the phrase "Tax Fraud."

Perhaps the most critical factor in determining which lawyer to retain for tax fraud or tax evasion case is the lawyer's experience and, in particular, the jury trial results of the tax fraud and tax evasion cases the lawyer has handled. Representative cases of Miami tax fraud Attorney David M. Garvin are set forth below. 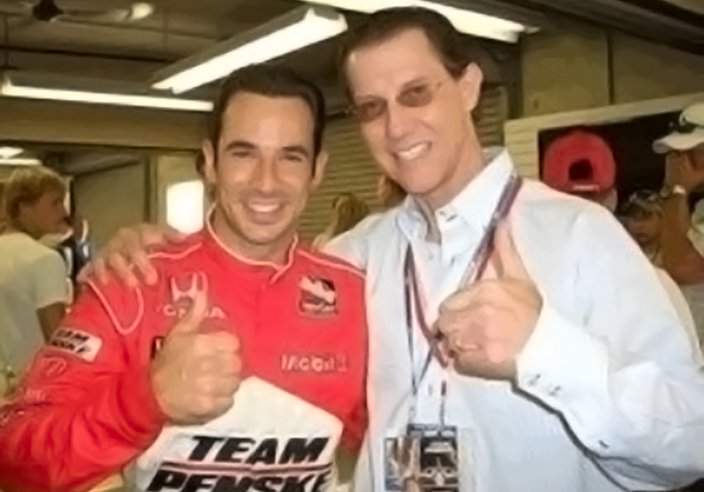 Helio Castroneves thought that he had done everything properly when it came to tax planning as well as reporting and paying his taxes.  Mr. Castroneves was shocked to find that he and his sister, who acted as his business manager, together with his lawyer, were targets of a criminal tax investigation.  All three defendants maintained their innocence and went to trial.

Mr. Castroneves was jointly represented by David M. Garvin and Roy Black.  Following a 3 week trial. All three defendants were found not guilty on all tax counts. The government dismissed the lone count in which the jury had been hung. Six weeks later Mr. Castroneves won his 3rd Indianapolis 500 race.

In 2021, Helio Castroneves won the prestigious Indianapolis 500 for a fourth time. Only four drivers have accomplished this feat. None of this would have been possible but for Helio's success at trial.

The IRS reports that it successfully obtained a conviction in over 93% of the indicted cases.  The number of investigations initiated each year is usually between 3,500 to 5,500. The Internal Revenue Service’s Criminal Investigation Division (“CI”) is the only federal law enforcement agency with jurisdiction over federal tax crimes. A criminal tax case may take several years to investigate, indict, and go to trial. For 2015, CI again boasted the highest conviction rate in all federal law enforcement - 93.2%.

The conviction rate for FY 2015

The conviction rate for FY 2014

The conviction rate for FY 2013

The conviction rate for FY 2012

The conviction rate for FY 2011

During the period of time commencing in 1999 through 2016, 199 taxpayers won their criminal tax trial and were found NOT GUILTY on all counts. The Department of Justice, Tax Division has three regions: Western, Northern, and Southern.

Southern Region: Eighty one (81) of the taxpayers that were found Not Guilty on all counts were in the Southern Region (New Mexico, Texas, Louisiana, Arkansas, Missouri, Tennessee, Mississippi, Alabama, Florida, Georgia, South Carolina, North Carolina, Virginia, and West Virginia).

There are  approximately 355,000 active licensed lawyers in the Southern Region. Less than 1% of these lawyers have ever won a criminal tax case for the defense.

One Lawyer Was Responsible For Approx. 10% of the Acquittals in the Southern Region 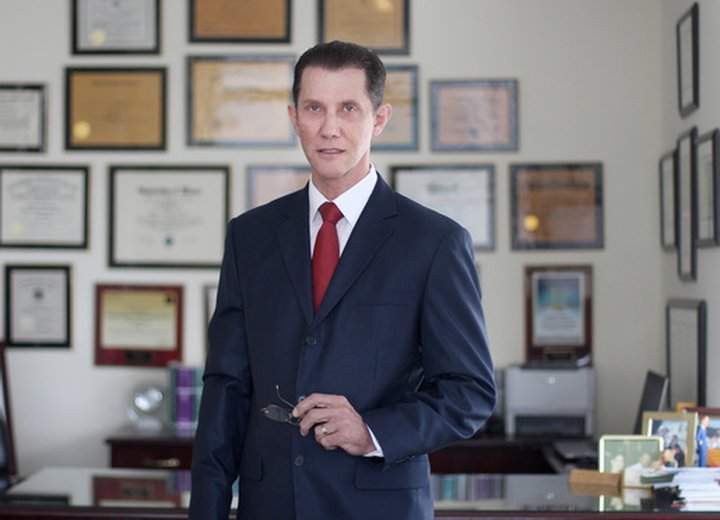 Tax Fraud Cases Killed and Referred Back to The Civil Division

Mr. David M. Garvin, has represented several taxpayers that were being investigated for tax fraud by the Criminal Investigation Division and upon meeting with the Department of Justice, Tax Division lawyers and/or the Assistant United States Attorney assigned to the case, David M. Garvin was able to get the tax fraud case killed and referred back to the civil division of the IRS.  This is a testament to the review system and the integrity of the lawyers assigned by the government to review tax cases.

Representative cases of tax fraud defense attorney David M. Garvin that were killed after investigation but before trial are:

Tax fraud attorney, David M. Garvin has also had a number of cases that were resolved without a trial by the IRS agreeing to drop all felony charges and bring only a misdemeanor charge.

In view of the fact that less than 1% of the licensed lawyers have won (Not Guilty on all counts) a criminal tax trial for the defense, the statistics show that there is no margin of error afforded a taxpayer who intends to go to trial in a criminal tax case and prove his or her innocence.

Tax fraud defense attorney, David M. Garvin, has shown the ability to present the taxpayer's case in a manner that takes advantage of the opportunities when presented that increase the taxpayer's chances of success. This is partially because he is a lawyer who has earned a LLM in taxation (Masters in Law) and is a CPA (Certified Public Accountant). This background provides an advantage in dealing with cases that involve tax and accounting issues.

Because of his formal training and his unique abstract reasoning (top 1% on national standardized test), Mr. Garvin is able to utilize the complex concepts contained in the Internal Revenue Code to his advantage while defending his clients.  Mr. Garvin's ability to master the Internal Revenue Code's complex rules and regulations and his ability to master the courtroom during a jury trial are renown by his peers, his clients and the Courts in which he has appeared.

Other criminal lawyers in tax cases have tried to emulate Mr. Garvin's knowledge and skills by retaining a tax lawyer to conduct the jury trial with them.  Unfortunately, this only works sometimes. In these cases, the IRS agents that testify know more about the facts and the Internal Revenue Code than the criminal lawyer representing the defendant.

Even if the criminal lawyer walks back to the table for the defense and asks the tax lawyer if the IRS agent is correct, the tax lawyer will not have sufficient time to explain to the criminal lawyer the technicalities to undue the damage caused by the IRS agent or the government's expert witnesses. The tax lawyer cannot conduct the cross examination because most tax lawyers have never handled a federal jury trial and are not experienced enough to conduct an effective cross examination of a trained IRS agent.

Other Not Guilty Verdicts
in Non-tax Cases.

Mr. Garvin has also obtained not guilty verdicts in a number of his cases for clients who were not indicted for alleged tax violations but were indicted for other white collar (economic) crimes. 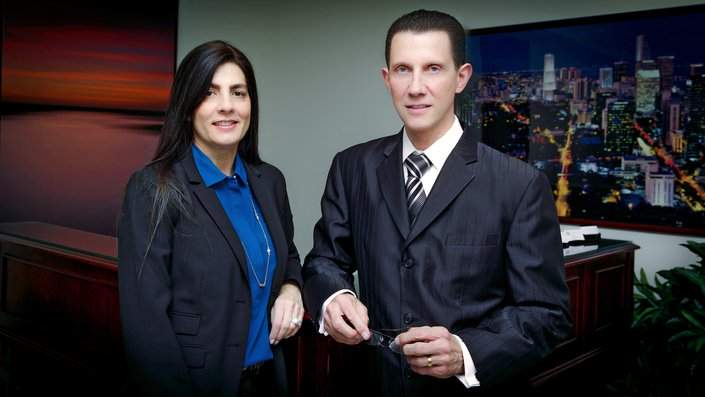 When you are the target of an IRS criminal investigation, retaining a tax fraud lawyer who has gone to trial in numerous criminal tax cases and has obtained complete acquittals (Not Guilty Verdicts on All Counts) is imperative.

There are a lot of competent tax attorneys that have no concept of how to try a federal criminal trial. Likewise, many skilled criminal lawyers know how to try a case but do not know the tax laws. When a taxpayer hires these lawyers, they often limit their defense of the taxpayer to the issue of willfulness.

This routinely results in the defense lawyer recommending that the client accept a plea agreement requiring the taxpayer to plead guilty to a felony.  An experienced successful tax fraud lawyer knows that a defense based solely upon willfulness is a defense of last resort and is seldom sufficient to achieve not-guilty verdicts on all counts.

When Winning Means Everything

The Selection of an Experienced Winning Tax Fraud Lawyer is Crucial

Some taxpayers look at the statistics and become overwhelmed with the feeling that maintaining their innocence is futile and obtaining justice from a jury trial is hopeless. Fortunately, some taxpayers have the fortitude to go to trial to prove their innocence and share the spirit of the late great Winston Churchill, who found himself and his country under siege and once said:

The course of history was influenced, and the free world was saved by persons of similar courage in the face of overwhelming odds.  In the context of a criminal tax case, when winning means everything, the selection of an experienced winning tax fraud lawyer is crucial. The fortitude of the client to fight for a just outcome is also a necessary ingredient to a successful defense. This situation often leads taxpayers to proclaim: "Winning is the Only Option." This is not the end, but it is time to begin.

Taxpayers Should Use Their Common Sense

There is no substitute for common sense.  If you ask the average person the following questions, they almost unanimously give the following answers.

​​​​If you needed to build a house, would you hire a contractor who had never successfully built a house before to build your house?
NO.

If you needed a pilot to fly you to a meeting, would you hire a pilot who had never successfully flown an airplane to fly you to your appointment?
NO.

These common-sense answers beg the question:

You have the absolute right when selecting a lawyer to ask for the names of the cases and the case numbers of the cases which resulted in Not Guilty on all count's verdicts.

Do your homework as if your liberty depends upon it because it may!

Do you go to jail for tax fraud?

What is the tax penalty for fraud?

The penalty for intentionally filing a false tax return is set forth in Section 7206 of the Internal Revenue Code. The maximum penalty is 3 years of incarceration.

Can I go to jail for lying on my tax return?

Yes. If the IRS learns that you lied on your tax return it may commence a criminal investigation and charge you for filing a false tax return pursuant to Section 7206.

What happens if you file a false taxes by mistake?

A taxpayer may voluntarily file an amended tax return to correct an honest mistake. The IRS will not bring a criminal case against a taxpayer unless it has evidence that the taxpayer intentionally filed a false tax return.