Tax evasion defense attorney, David M. Garvin, is recognized by his peers for his superior knowledge, skill, and results. Mr. Garvin is a Florida Bar certified tax lawyer, has an LLM in Taxation and has been selected by "Super Lawyers" for 12 consecutive years. He has has been selected by "Best Lawyers in America" as one of the nation's very best and  is the two time winner of the prestigious Daily Business Review "Most Effective Lawyer" award, 2014 and 2010.

Mr. Garvin has an AVVO rating of "Superb" and a Martindale Hubbell rating of "AV", the highest rating. Tax evasion defense lawyer, David M. Garvin, has been consistently selected for inclusion in the "Bar Register of Preeminent Lawyers". Mr. Garvin has concentrated on tax evasion defense for over 35 years and has compiled a remarkable list of trial victories. Representative cases are set forth below and can be found throughout this website.

Before having an indepth discussion on tax evasion defense and the selection of a tax evasion defense lawyer, it is crucial that the taxpayer who is the target of the tax evasion charges understand the elements of the offense. The law against tax evasion is found in Title 26 of the United States Code in section 7201. The title of section 7201 is "Attempt to evade or defeat tax." Section 7201 provides that any person who willfully attempts to evade or defeat any tax imposed by the Internal Revenue Code (Title 26 of the United States Code) or the payment of such tax shall be guilty of a felony with a maximum penalty of up to 5 years.

The elements that the government must prove beyond a reasonable doubt are:

The term willfulness presupposes the existence of a legal duty and knowledge of that duty. If a person acting in good faith misunderstands his duty he cannot be guilty of "willfully" evading those taxes.

When taxpayers learn that they are the subject or target of a tax evasion investigation their top priority is to have the case killed. Often they seek advise from tax lawyers, who concentrate on civil tax disputes or tax planning, or lawyers who concentrate on criminal law but have virtually no formal education or experience in tax law or tax cases.

These well meaning lawyers may suggest that the best way to "kill" an investigation is to amend and/or file tax returns and to cooperate with the special agents. However, experienced tax evasion defense lawyers know that once an investigation has been commenced, the decision whether to proceed with an indictment or to kill the case is largely driven by the amount and quality of the evidence gathered by the special agents. A primary source of evidence is often the taxpayer himself.

Taxpayers should decline any request for an interview that would occur without their tax evasion defense attorney being present.  Taxpayers should also resist the urge to immediately file amended tax returns. In some circumstances, the returns may be used as evidence against the taxpayer.  A carefully laid out plan should be formulated with your tax evasion defense lawyer before any action is taken. This will help insure that the benefits and hazards of any action have been properly considered and analyzed before any decisions are made.

Not Guilty on All Counts 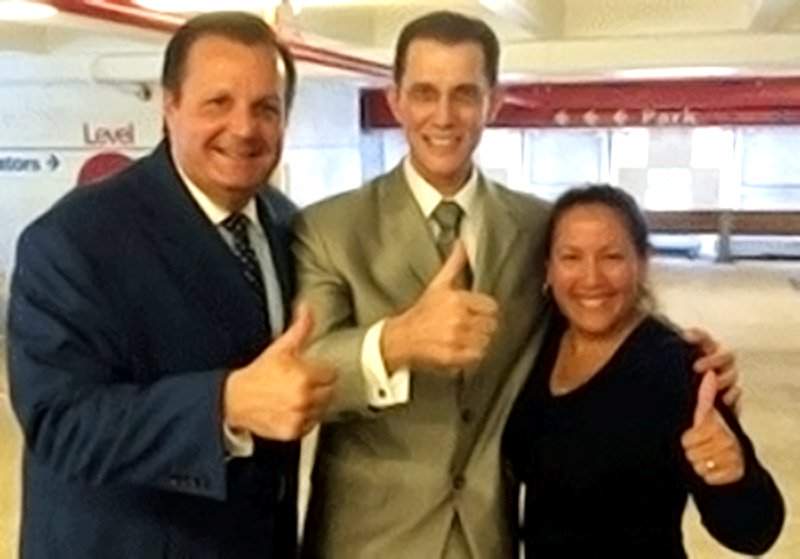 When Julio Rabiana, the former mayor of Hialeah, announced that he was a candidate to be elected the Mayor of Miami-Dade County, the polls showed that Mr. Robaina had an early lead. Then came the news from a certain television reporter that law enforcement had leaked that Mr. Robaina was under investigation for tax evasion and other matters.

The Mayor met with the agents and cooperated with the investigation. However, this did not resolve the case and in fact, only made matters worse. Mr. Robaina and his wife, Raiza, decided to retain Mr. Garvin to represent them at trial.

Observers of the high stakes trial stated that the criminal tax evasion defense attorney, David M. Garvin, masterfully presented the position of the Robainas.  The Miami Herald summarized the trial as follows:  "The Robainas' attorney, David Garvin is an accountant as well as a lawyer, an expert in tax law who outgunned the prosecution". - The Miami Herald. August 20, 2014.

Meeting with the Department of Justice in Tax Evasion Cases

Prior to a final decision being made to seek an indictment, a tax evasion defense lawyer may request a meeting with the Department of Justice, Tax Division lawyer assigned to the case. The Department of Justice, Tax Division lawyer will disclose the code sections of the alleged violations, the amount of tax loss, and the tax years in issue. The DOJ lawyer will ask for the evidence the taxpayer wants to present to support the position that the government should not proceed to prosecute the case.

The taxpayer should be informed that if the case is not killed by the DOJ, Tax Division lawyer, any information disclosed to the DOJ lawyer will be shared with the IRS special agents and will be used to make the IRS' case stronger. This may make the eventual trial more difficult to win.  The taxpayer should also know that one of the primary objectives of of the Criminal Investigation Division of the IRS is to enhance voluntary compliance of the income tax laws and regulations by all taxpayers.

It should also be noted that once a criminal tax investigation has commenced, the IRS believes that it is against its objective to encourage voluntary compliance for the IRS to accept payment from the taxpayer for the taxes, that he should have paid before any investigation started, as a sufficient basis to kill a criminal tax evasion case.

A Criminal Investigation Should Not be Treated as a Civil Audit

The best tax evasion defense lawyers know that criminal investigations should never be treated by the taxpayer or his representatives as a civil audit.  It should be remembered that the job of a special agent is to collect evidence in order to indict and convict the target of the investigation.

The special agents are trained to be friendly to get the taxpayer and witnesses to talk and provide them information they need to make a criminal case.  However, they can also quickly become angry and intimidating to get the taxpayer or witness to talk, if they determine that this is necessary to get the job accomplished.

CPA Found Not Guilty on All Counts 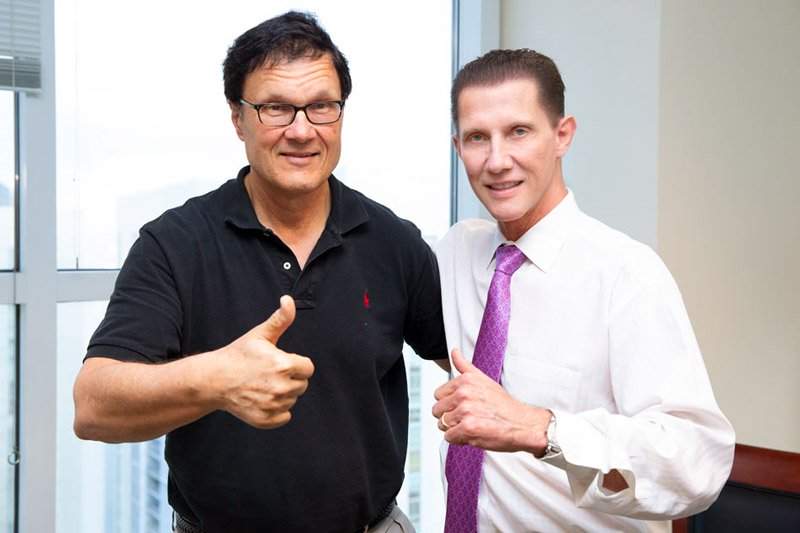 Conspirators in a $40 million Ponzi scheme were arrested. They offered to testify against their CPA. At trial the testimony of the prosecution witnesses did not hold up.  The jury carefully listened to the defense presented by the lawyer for the CPA. Counsel for the CPA was able to show the contradictions in the testimony of the government's  witnesses. On several occassions the witnesses were caught in bold face lies.

The tax evasion defense lawyer was David M. Garvin. Observers described the defense presented by David M. Garvin as brillant. The jury found the taxpayer not guilty on all counts.

The IRS reports that it is successful in obtaining a conviction in over 93% of the cases that are indicted.  The number of investigations initiated during 2013 was 5,314. The Internal Revenue Service’s Criminal Investigation Division (“CI”) is the only federal law enforcement agency with jurisdiction over federal tax crimes. A criminal tax case may take several years to investigate, indict, and go to trial. For 2015, CI again boasted the highest conviction rate in all of federal law enforcement — 93.2%.

Found Not Guilty on All Counts 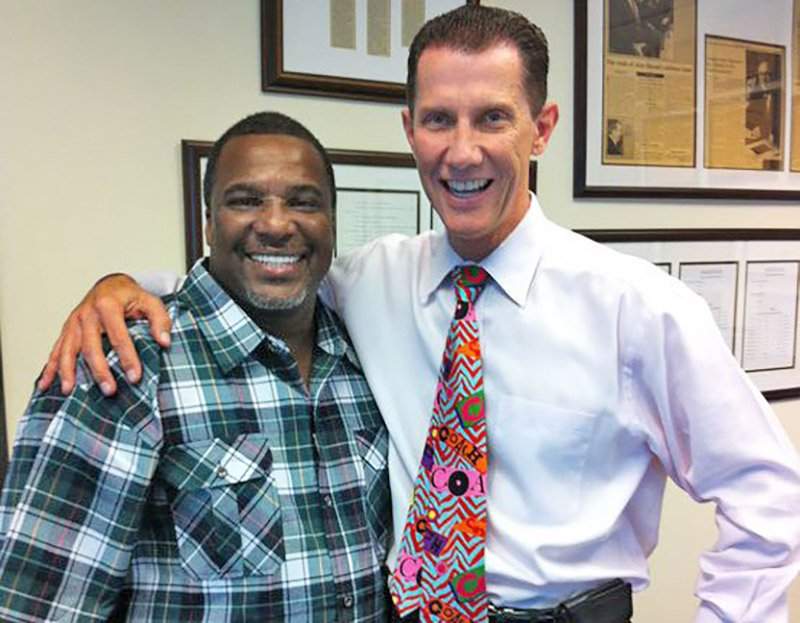 The IRS indicted a business executive for tax evasion. The tax evasion defense lawyer was David M. Garvin. During the trial, Mr. Garvin proved that the evidence presented by the IRS was untrustworthy and presented evidence that suggested that his client was innocent.

The jury agreed and rendered a NOT GUILTY verdict on all counts.

This is particularly true in criminal tax defense cases. The government publishes statistics that reflect that the IRS obtains a conviction in over 90% of the criminal tax cases in which an indictment is returned. The statistics also reflect that less than 1% of all lawyers have won a criminal tax evasion trial for the defense.

The willful failure to file a tax return on the due date, including extensions, is a tax crime pursuant to Section 7203 of the Internal Revenue Code. Section 7203 states: Any person required under this title (Title 26. The Internal Revenue Code) to pay any estimated tax or tax or * * * to make a return, keep any records, or supply any information, who willfully fails to pay such estimated tax or tax, make such return, keep such records, or supply such information, at the time or times required by law or regulations, shall be guilty of a misdemeanor and upon  conviction thereof, shall be fined not more than $25,000 ($100,000 in the case of a corporation), or imprisoned not more than 1 year, or both, together with the costs of prosecution. In the case of a willful violation of any provision of section 6050I, the offense shall be a felony not a misdemeanor and the maximum imprisonment shall be 5 years.

Section 7203 provides that the willful failure to timely pay a tax is a misdemeanor. However, if the willful failure to pay the tax is accompanied by intentional acts by the taxpayer to conceal funds to prevent the IRS from learning of or collecting the funds the taxpayer's conduct of willfully failing to pay the tax taken together with willful acts of concealment of funds and/or other assets may give rise to the charge of tax evasion pursuant to Section 7201 of the Internal Revenue Code. The offense of tax evasion is a felony which carries a maximum term of imprisonment of 5 years.

You will be a convicted felon and sentenced by a federal judge. Normally, the sentence will include a period of time in incarceration. Unlike a civil audit where the IRS is primarily interested in collecting taxes owed by the taxpayer, tax evasion is a criminal charge.

No. The special agents are highly trained and when they arrive to speak with you they already have identified issues that  they are interested in getting evidence to support. Taxpayers often agree to talk to the agents in an attempt to show that they have nothing to hide. This is a mistake.

The taxpayer should know that once a tax evasion investigation is commenced, the filing of amended tax returns will not be viewed as a voluntary act. The taxpayer is likely to get little benefit from filing an amended tax return. In fact, the IRS may try to use the tax return to help it prove intent and willfulness.  A decision to amend should only be done after careful analysis with your tax evasion defense attorney.

The statute of limitations for most tax offenses is 6 years  from the later of the date the false tax return was filed or the due date, including any applicable extensions. There are a number of exceptions to this rule.

Watch These Videos From Some of Our Clients

View a complete gallery of video testimonials on our testimonial page in this website.