Courts May Strike Surplusage From An Indictment. 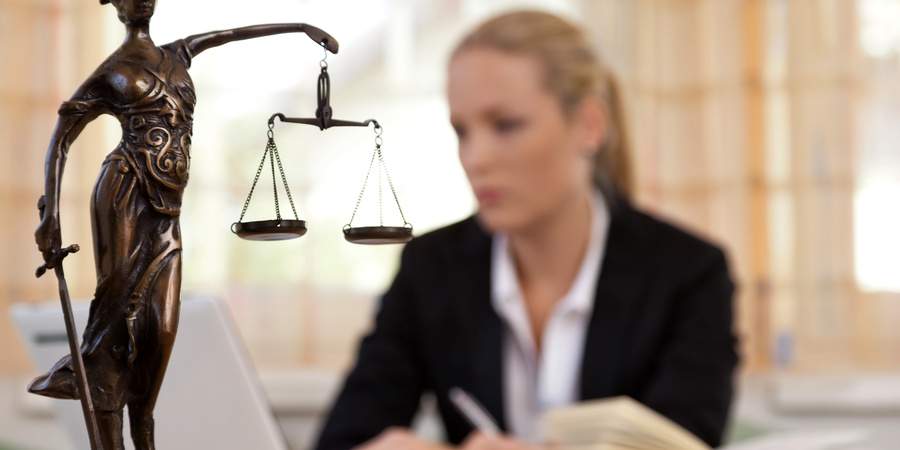 Generally, surplusage may be stricken from an indictment upon the motion of the Defendant if, the language is not relevant and is prejudicial. However, the Court may redact any portion of the indictment before a copy is read, or otherwise provided, to the jury if, the Court determines that there is a risk that the indictment may confuse the jury regarding the applicable law. The Court’s jury instructions should be clear and uncontradicted.

This provides defense counsel with the opportunity to successfully prevent the jury from being exposed to language contained in the indictment despite not being completely irrelevant.

The second superceding indictment (hereinafter the "indictment") charges Defendant Maria Larkin with tax evasion in violation of 26 U.S.C. § 7201.  Paragraphs 1 and 2 of the indictment allege that Five Star Home Health Care, Inc. ("FSHHC") was a business providing home health care and was owned and operated by Defendant Larkin from 1996 through 2009.

Paragraph 6 of the indictment alleges that FSHHC was required to make deposits of Trust Fund Taxes to the IRS on a periodic basis.

Paragraph 7 alleges that Defendant Larkin was responsible for collecting, accounting for and paying over Trust Fund Taxes on behalf of FSHHC.

Paragraph 8alleges that for the years 2004 through 2009, FSHHC withheld Trust Fund Taxes that Ms. Larkin willfully failed to pay over to the IRS.

Paragraph 10 alleges that on or about March 20, 2010, Ms. Larkin signed a report of interview Form 4180, acknowledging that she was a responsible person who willfully failed to pay over Trust Fund Taxes for FSHHC from January 2004 through December 2009.

Paragraph 12 alleges that on or about September 13, 2010, the IRS assessed additional Trust Fund Recovery Penalties against Defendant Larkin for the last three quarters of 2008 and all of 2009 in the aggregate amount of $541,431.

Paragraph 13alleges that as of the date of the filing of the superceding indictment, Ms. Larkin owed and had willfully failed to pay Trust Fund Recovery Penalties in excess of $1.6 million.

Count One of the indictment alleges that Defendant Larkin willfully attempted to evade and defeat the payment of Trust Fund Recovery Penalties due and owing by her to the United States of America, by concealing and attempting to conceal her access to personal funds and assets from the IRS through acts, including, but not limited to the following:

b. Purchasing a home in the name of a nominee;

c. Dealing extensively in cash, including causing checks to be drawn on a business bank account payable to certain individuals and directing those individuals to cash the checks and deliver the funds to her;

e. Putting Five Star Healthcare, LLC in the name of a nominee; and

Defendant argues that paragraphs 3 through 13 of the indictment are "surplusage" that should be stricken from the indictment pursuant to Rule 7 of the Federal Rules of Criminal Procedure. While acknowledging that these paragraphs do not state the elements of tax evasion under 26 U.S.C. § 7201, the Government argues that the paragraphs are relevant matters that the Government intends to prove at trial and therefore should not be stricken.

Rule 7(d) of the Federal Rules of Criminal Procedure states that upon the defendant's motion, the court may strike surplusage from the indictment or information. United States v. Jenkins, 785 F.2d 1387, 1392 (9th Cir. 1986) states that "[i]nsofar as the language of an indictment goes beyond alleging elements of the crime, it is mere surplusage that need not be proved."

United States v. Laurienti, 611 F.3d 530, 546 (9th Cir. 2010), quoting the Advisory Committee Notes, states that Rule 7(d) "'introduces a means of protecting the defendant against immaterial or irrelevant allegations in an indictment or information, which may, however, be prejudicial.'" The court stated that the purpose of a motion to strike "'is to protect a defendant against prejudice or inflammatory allegations that are neither relevant nor material to the charges.'" Id. at 546-47 (quoting United States v. Terrigno, 838 F.2d 371, 373 (9th Cir. 1988)).

Laurienti held that the indictment's characterization of defendant's sales practices as "unlawful" was relevant because the government sought to prove that the sales as conducted by defendants were indeed unlawful. The court also stated that "[e]ven if the use of the word "unlawful" could be considered prejudicial, we hold that the district court nevertheless did not abuse its discretion because the allegation was relevant. See id.; accord United States v. Hedgepeth, 434 F.3d 609, 612 (3rd Cir. 2006)." Id. at 547.

The test for striking surplusage requires that the material be both irrelevant and prejudicial.

The indictment in this case could have more briefly alleged that Defendant Larkin was personally liable for the payment of Trust Fund Recovery Penalties which she willfully evaded or attempted to evade by engaging in the acts alleged in Count One. The indictment therefore provides more detail than is necessary to allege that Defendant committed the crime of tax evasion.

The Government states, however, that it intends to prove these allegations at trial—preliminarily to proving that Defendant Larkin willfully evaded the payment of the Trust Fund Recovery Penalties. Paragraphs 3-13 of the indictment appear relevant to the first element of a charge of tax evasion under § 7201—the existence of a "tax deficiency." In this case, the alleged "tax deficiency" was Defendant's legal obligation to pay Trust Fund Recovery Penalties.

The Court is not persuaded that the allegations in paragraphs 6-13 are prejudicial to Defendant given that the Government states that it intends to prove these allegations through evidence presented at trial. In United States v. Ramirez, 710 F.2d 535, 545 (9th Cir. 1983), the court held that defendant was not prejudiced by providing the indictment to the jury because "[t]he trial court properly instructed the jury both at the outset and completion of trial that the indictment is not evidence against the accused and affords no inference of guilt or innocence." See also United States v. Lyman, 592 F.2d 496, 502 (9th Cir. 1978) (noting that an indictment is not evidence and the jury was properly so instructed); United States v. Utz, 886 F.2d 1148, 1151 (9th Cir. 1989) (court did not err in providing each juror with a copy of the indictment "especially, were, as here, the court cautions the jury not to consider the indictment as evidence").

Defendant Larkin also notes in her motion, "[w]hether an accusatory pleading should be permitted to go to the jury room is a matter within the discretion of the trial judge." United States v. Murray, 492 F.2d 178, 193 (9th Cir. 1973) (overruled on other grounds by United States v. Cook, 608 F.2d 1175 (9th Cir. 1979)). Within its discretion, the court can redact the indictment to ensure that potentially prejudicial information is not provided to the jury. In Murray, for example, the court omitted the names of other persons charged in the conspiracy from the copy of the indictment that was read and provided to the jurors.

Defendant Larkin argues that paragraph 3-5 should be stricken because they state principles of law which is the province of the jury instructions. Defendant does not assert that these paragraphs misstate the law, but only that the indictment is not the place to state general principles of law. This assertion is not entirely correct because the indictment must allege the essential elements of the charged crime which will also be set forth in the jury instructions.

Defendant's point is well taken, however, that the indictment is not the place for the exposition of all applicable or relevant law. Although paragraphs 3-5 are relevant, they could mislead or confuse to the jury if they differ in some respect from the jury instructions. The District Judge may therefore wish to exercise his discretion to not provide these paragraphs to the jury.

Based on the foregoing, the Court concludes that paragraphs 3-13 of the indictment are relevant to the charges against the Defendant and therefore are not subject to being stricken as surplusage under Rule 7(d).

Although these paragraphs do not appear to be unfairly prejudicial to Defendant, the Court can avoid potential prejudice by redacting those portions that may potentially mislead or confuse the jury before the indictment is read or provided to them. Accordingly,

IT IS HEREBY ORDERED that Defendant's Motion to Strike Surplusage from Second Superceding Indictment is denied.