Income Tax Evasion - Internal Revenue Code § 7201. When Winning is Your Only Option

Written by david on July 30, 2017 in When Winning is Your Only Option. 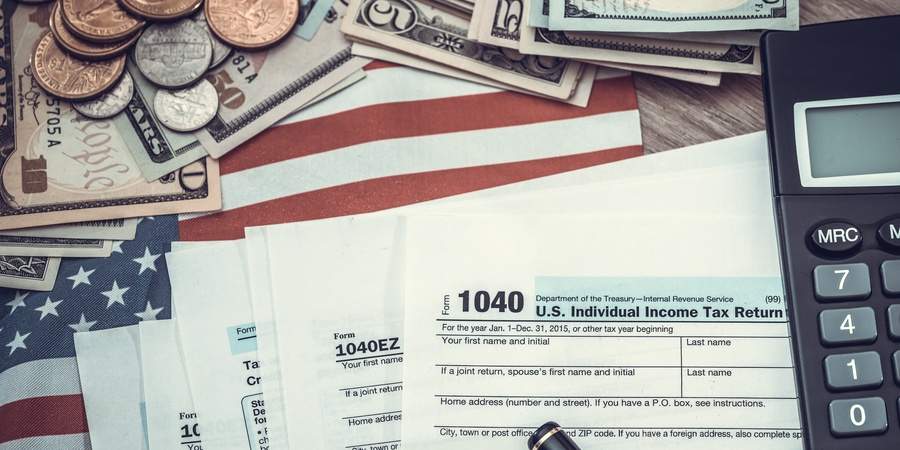 When Winning is Your Only Option

IRS statistics reflect that the group of individuals representing the top 25% of income producers pay over 75% of the income taxes collected from individuals by the IRS each year. This group largely consists of successful businessmen, celebrities, sports figures, doctors, lawyers, accountants and other professionals. To a great extent, the individuals that are part of this group do not do their own tax return preparation or bookkeeping. Instead, they delegate these responsibilities to third parties.  If substantial mistakes are made the IRS may commence an investigation. Depending upon the the evidence gathered by the special agents during the investigation, the IRS may seek an indictment based upon one of several charges authorized by the Internal Reveune Code.

One of the charges available to the IRS is Income Tax Evasion - Internal Revenue Code § 7201.

Understanding the charge of tax evasion.

Understanding the charge of tax evasion.  In the world of federal criminal tax defense it is mandatory that both the taxpayer defendant and his legal counsel know the intricate laws and rules that apply to criminal tax cases.

Attempt to evade or defeat tax -  Any person who willfully attempts in any manner to evade or defeat any tax imposed by this title or the payment thereof shall, in addition to other penalties provided by law, be guilty of a felony and, upon conviction thereof, shall be fined not more than $100,000 ($500,000 in the case of a corporation), or imprisoned not more than 5 years, or both, together with the costs of prosecution.

Elements of the Offense.

A defendant may be found guilty of tax evasion for failure to file a tax return or pay a tax due if the element of willfulness is present with an affirmative act, such as concealment by the taxpayer.  For example, requesting to be paid in cash in order to conceal taxable income.

“We think that in employing the terminology of attempt to embrace the gravest of offenses against the revenues, Congress intended some willful commission in addition to the willful omissions that make up the list of misdemeanors. Willful but passive neglect of the statutory duty may constitute the lesser offense, but to combine with it awillful and positive attempt to evade tax in any manner or to defeat it by any means lifts the offense to the degree of felony.”

The landmark case which established that the term “willfully” requires specific subjective intent isCheek v. United States, 498 U.S. 192 (1991).  Petitioner Cheek was charged with six counts of willfully failing to file a federal income tax return in violation of § 7203 of the Internal Revenue Code (Code) and three counts of willfully attempting to evade his income taxes in violation of § 7201.

In instructing the jury, the trial court stated that an honest but unreasonable belief is not a defense, and does not negate willfulness, and that Cheek's beliefs that wages are not income and that he was not a taxpayer within the meaning of the Code were not objectively reasonable. It also instructed the jury that a person's opinion that the tax laws violate his constitutional rights does not constitute a good-faith misunderstanding of the law. Cheek was convicted, and the Court of Appeals affirmed.

The United States Supreme Court held that a good-faith misunderstanding of the law or a good-faith belief that one is not violating the law negates willfulness, whether or not the claimed belief or misunderstanding is objectively reasonable. Statutory willfulness, which protects the average citizen from prosecution for innocent mistakes made due to the complexity of the tax laws, See, United States v. Murdock, 290 U. S. 389, is the voluntary, intentional violation of a known legal duty. See, United States v. Pomponio, 429 U. S. 10. Thus, if the jury credited Cheek's assertion that he truly believed that the Code did not treat wages as income, the Government would not have carried its burden to prove willfulness, however unreasonable a court might deem such a belief. Characterizing a belief as objectively unreasonable transforms what is normally a factual inquiry into a legal one, thus preventing a jury from considering it. And forbidding a jury to consider evidence that might negate willfulness would raise a serious question under the Sixth Amendment's jury trial provision, which this interpretation of the statute avoids. Of course, in deciding whether to credit Cheek's claim, the jury was free to consider any admissible evidence showing that he had knowledge of his legal duties.

Proof of Additional Tax Due

Bouleware v. United States, 552 U.S. 421, 128 S. Ct. 1168, 1178 (2008), requires proof of a tax deficiency as an essential element of tax evasion under 26 U.S.C. § 7201.  The  Government does not have to prove the precise amount of additional tax due. But it must prove beyond a reasonable doubt that the Defendant knowingly attempted to evade or defeat paying a substantial part of the additional tax.

The word "attempt" indicates that the Defendant knew and understood that, during the particular tax year involved, he/she had income that was taxable, and that he/she had to report by law; but he/she tried to evade or defeat paying the tax or a substantial portion of the tax on that income, by failing to report all of the income he knew he was required by law to report.

Federal income taxes are levied upon income that comes from compensation for personal services of every kind and in whatever form paid, whether it’s wages, commissions, or money earned for performing services. The tax is also levied on profits earned from any business, regardless of its nature, and from interest, dividends, rents, and the like.  The income tax also applies to any gain from the sale of a capital asset. In  short, the term "gross income" means all income from whatever source, unless it is specifically excluded by law.

The law allows exemptions from income taxes for funds acquired from certain sources. The most  common nontaxable sources are loans, gifts, inheritances, the proceeds of insurance policies, and funds received from selling an asset to the extent that the amount received is the same or less than the asset’s cost.

When the government intends to prove its case by utilizing the indirect proof method commonly known as the net worth method it is incumbent upon the government to investigate all reasonable leads provided by the defendant.  See,  Holland v. United States, 348 U.S. 121, 136 (1954).

“When the Government rests its case solely on the approximations and circumstantial inferences of a net worth computation, the cogency of its proof depends upon its effective negation of reasonable explanations by the taxpayer inconsistent with guilt. Such refutation might fail when the Government does not track down relevant leads furnished by the taxpayer -- leads reasonably susceptible of being checked, which, if true, would establish the taxpayer's innocence. When the Government fails to show an investigation into the validity of such leads, the trial judge may consider them as true, and the Government's case insufficient to go to the jury. This should aid in forestalling unjust prosecutions, and have the practical advantage of eliminating the dilemma, especially serious in this type of case, of the accused's being forced by the risk of an adverse verdict to come forward to substantiate leads which he had previously furnished the Government. It is a procedure entirely consistent with the position long espoused by the Government, that its duty is not to convict, but to see that justice is done.”

Generally, the statute of limitations for the offense of tax evasion is six years. The statute often begins to run on the later of the filing of the false return or the due date for filing the return, with valid extensions.  Because the crime is committed with the filing of the original false return, the filing of an amended tax return after the criminal investigation has been commenced is normally ineffective in stopping the criminal investigation and may be used by the IRS as additional proof of a substantial amount of tax that was due and owing when the original tax return was filed.

In summary, income tax evasion prosecution and defense is a complex area of the law.  Often mistakes are made by the taxpayer and/or his lawyer during the investigation that affect the outcome of the case as a result of inexperience.  If you believe that you may be the target of criminal tax investigation, do not make the mistake of speaking to the special agents without first retaining an experience criminal tax defense lawyer.  Do not treat the investigation as if it were a simple IRS civil tax audit.  Remember that criminal cases are approved based upon the evidence that has been gathered during the investigation. Often the primary source of evidence is the taxpayer.

When Winning is Your Only Option it is important that no mistakes be made during the investigation and/or the jury trial.