Understanding the Purpose of the Criminal Investigation Division of the IRS 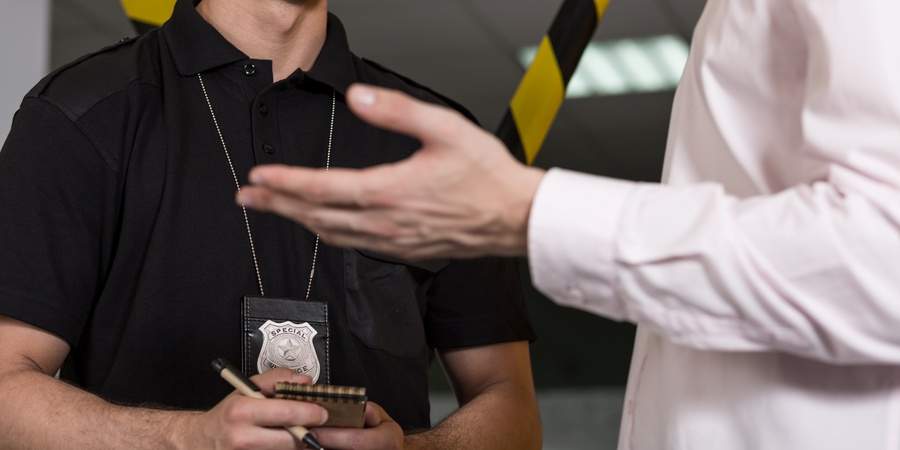 The Internal Revenue Service (“IRS”) was formed in July 1, 1862.   Federal income taxes were approved by vote of Congress on July 2, 1909 and ratified in 1913. The 16th Amendment established Congress's right to impose a federal income tax. The original purpose of the Internal Revenue Service was to collect taxes in order for the government to operate.

Today the headquarters of the IRS are located in Washington, D.C. The IRS has approximately 80,000 employees and an annual budget of $11.4 billion.

The burden of paying taxes to the government to enable it to operate falls disproportionately upon the top income earners.  Taxpayers who have annual adjusted gross income of more than $429,000 are part of the top 1% of all taxpayers. The top 1 % of taxpayers accounted for more income taxes paid to the government than the bottom 90% combined.

The top 20% of income earners pay 84% of all the income taxes collected annually.  Persons earning $134,000 or more annually are included in the top 20%.  By comparison, the bottom 40% of wage earners (individuals reporting less than $47,000 of income) pay virtually no taxes in the aggregate.  This group actually receives more in refunds and tax credits than they pay into the government.

For example: To deter the consumption of gasoline, the Internal Revenue Code contains a gas guzzler tax. To encourage the purchase of real property, real estate taxes on personal residences is deductible. To encourage borrowing money to purchase a residence, mortgage interest is deductible, and to encourage charitable giving, contributions to charities are deductible.

However, in recent years the politicians have used the Internal Revenue Code to create a quasi welfare supplement through various “refundable credits”.  These are monetary credits given to taxpayers even if the taxpayer has never paid in any taxes during the tax year.  For example: the Earned Income Credit, the First Time Home Buyer Credit, the Child Care Credit and Education Credits.  These credits have been abused on a massive scale by fraudsters resulting in annual tax losses in excess of $45 billion.

The American Income Tax System is Dependent Upon Voluntary Compliance

The IRS conducts civil audits on less than 1% of the tax returns filed each year.  To encourage the voluntary filing of accurate tax returns, the Internal Revenue Code authorizes criminal prosecution of taxpayers who willfully violate the tax laws.

The IRS has indisputable data that reflects that criminal investigations conducted by the Internal Revenue Service and related prosecutions encourage voluntary compliance by the general public.  These investigations are conducted by highly trained special agents. The special agents are assigned to and work on a very limited number of cases. The principle objective of the investigation is to gather sufficient evidence to prove beyond a reasonable doubt that a criminal tax violation has been committed by the taxpayer who is the target of the investigation.

Once a criminal investigation has been commenced, the IRS has an informal policy that the taxpayer cannot resolve the investigation merely by paying the tax that should have been properly reported and paid for the prior tax year now under investigation.  The reason for this policy is simple. If taxpayers, who purposefully failed to report and/or pay their taxes, could simply wait until they were investigated by the Criminal Investigation Division to pay the taxes they should have reported and paid to begin with, taxpayers would not be encouraged to voluntarily and accurately report their income and taxes not under investigation.  As a result, once a criminal investigation has commenced, offering to pay the correct tax is generally of little to no help.

Criminal Investigations Should Not be Treated as a Civil Audit

Criminal investigations should never be treated by the taxpayer or his representatives as a civil audit.  It should be remembered that the job of a special agent is to collect evidence in order to indict and convict the target of the investigation. The agents are trained to be friendly to get the taxpayer and witnesses to talk and provide them information they need to make a criminal case.  However, they can also quickly become angry and intimidating to get the taxpayer or witness to talk, if they determine that this is necessary to get the job accomplished.

The IRS reports that it is successful in obtaining a conviction in over 93% of the cases that are indicted.  The number of investigations initiated during 2013 was 5,314. The Internal Revenue Service’s Criminal Investigation Division (“CI”) is the only federal law enforcement agency with jurisdiction over federal tax crimes. A criminal tax case may take several years to investigate, indict, and go to trial. This year, 2015, CI again boasted the highest conviction rate in all of federal law enforcement — 93.2%.   The data for the past 6 six years is as follows:

One Lawyer Was Responsible For Approx. 10% of the Acquittals in the Southern Region

Because less than 1% of the licensed lawyers have won (Not Guilty on all counts) a criminal tax trial for the defense, there is no margin of error afforded a taxpayer who intends to go to trial in a criminal tax case and prove his or her innocence.

When you are the target of an IRS criminal investigation, retaining a criminal tax lawyer who has actually gone to trial in numerous criminal tax cases and has obtained complete acquittals (Not Guilty Verdicts on All Counts) is imperative.  There are a lot of competent tax attorneys that have no concept as to how to try a federal criminal trial. Likewise, there are a lot of competent criminal lawyers who know how to try a case but, have no knowledge of the tax laws. When these lawyers are hired by a taxpayer they often limit their defense of the taxpayer to the issue of willfulness. This routinely results in the defense lawyer ultimately recommending that the client accept a plea agreement which requires the taxpayer to plead guilty to a felony.  An experienced successful criminal tax lawyer knows that a defense based upon willfulness is a defense of last resort and is seldom sufficient to achieve not guilty verdicts on all counts.

When Winning Means Everything, the Selection of an Experienced Winning Lawyer is Crucial

Some taxpayers look at the statistics and become overwhelmed with a feeling that maintaining their innocence is futile and obtaining justice from a jury trial is hopeless.  However, fortunately there are taxpayers who have the fortitude to go to trial to prove their innocence and share the spirit of the late great Winston Churchill, who once said:

“Now this is not the end.  It is not even the beginning of the end.
But it is, perhaps, the end of the beginning.”

The course of history was influenced and the free world was saved by persons of similar courage in the face of overwhelming odds.  In the context of a criminal tax case, when winning means everything, the selection of an experienced winning lawyer is crucial.

Taxpayers Should Use Their Common Sense

There is no substitute for common sense.  If you ask the average person the following questions they almost unanimously give the following answers.

Q:  If you needed to build a house, would you hire a contractor who had
never successfully built a house before, to build your house?

Q:  If you needed a pilot to fly you to a meeting, would you hire a pilot
who had never successfully flown an airplane, to fly you to your meeting?

When you are selecting the lawyer to represent you in a criminal tax case, why would you select a lawyer without knowing if he ever won a criminal tax jury trial for the defense?  Taxpayers should use their common sense.  You have the absolute right when selecting a lawyer to ask for the names of the cases and the case numbers of the cases that actually went to trial in which his client found Not Guilty on all counts. Do your homework as if your very liberty depends upon it. Because it may!

In conclusion, being a target in a criminal tax case can be overwhelming.  Taxpayers in this situation often find that they cannot sleep. Instead, they lie in bed in the middle of the night starring at the ceiling wondering how they got into this mess and when it will finally end.  Nonetheless, it should be remembered that there are taxpayers who do win.  However, it is imperative that the defense not make any mistakes.  This starts with the taxpayer’s selection of his lawyer.